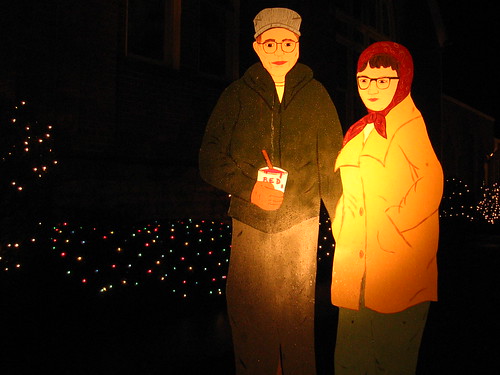 One of the assisted living facilities in my area is airing a TV commercial that mentions workshops on successful aging. I won’t blame this local facility for coining the term, for it seems to be the invention of a shadowy Illuminati designed to make us feel inadequate and ready to buy remedies for our shortcomings. Perhaps the same folks who decided to oppress us with BMI goals are now suggesting that we could fail in our twilight years as well. The term successful aging implies that someone could fail at it. Everyone since the dawn of humanity has succeeded at aging for as long as their lives have lasted. Furthermore, no one who had a short life should be considered a failure based on their lifespan.

I recall watching Cheek to Cheek on TV last year, an impressive duet performance between Lady Gaga and Tony Bennett. I remarked to my husband, who has aged successfully for sixteen more years than I have, “Tony Bennett has an amazing voice for his age. I don’t think most people his age can still sing.”

My husband said, “Most people his age are dead.”

This evening I watched a recent NOVA documentary on Alzheimer’s research, and I suddenly recalled a blessing I said to my daughter in the hours after she was born. In my first moments alone with her, I skipped over introducing myself to her, for I figured that I was no stranger to her. I held her facing me and said, “may people feel as much pride and joy in caring for you when you are old as they did when you were so young.”

Can there be any better fortune than to be cherished at our end as much as we were at our beginning?