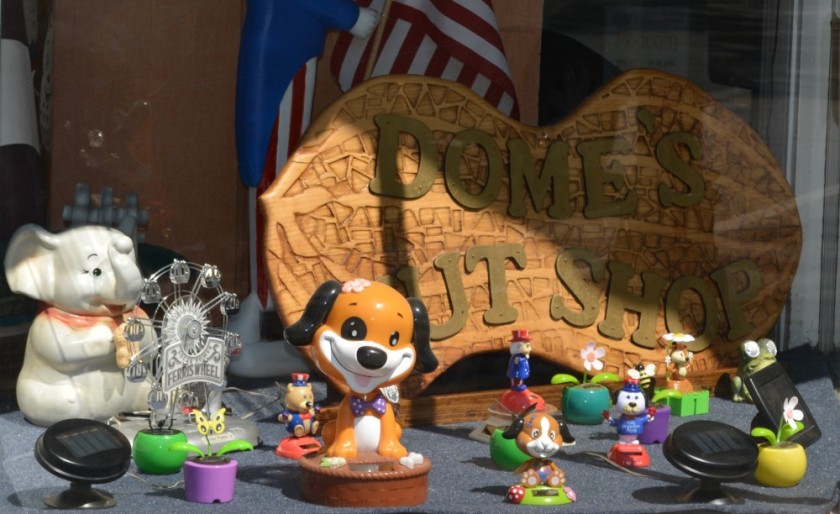 While I have started a photo blog devoted to images of my community in Lima, Ohio, I think that Intensity Without Mastery will remain the home for my photo walk posts. Yesterday my husband and I took an afternoon walk through downtown Lima. The streets were mostly empty, but a few of the stronger downtown business were open with customers.

My husband, who is my favorite male model, stopped at a secondhand store on Main Street: 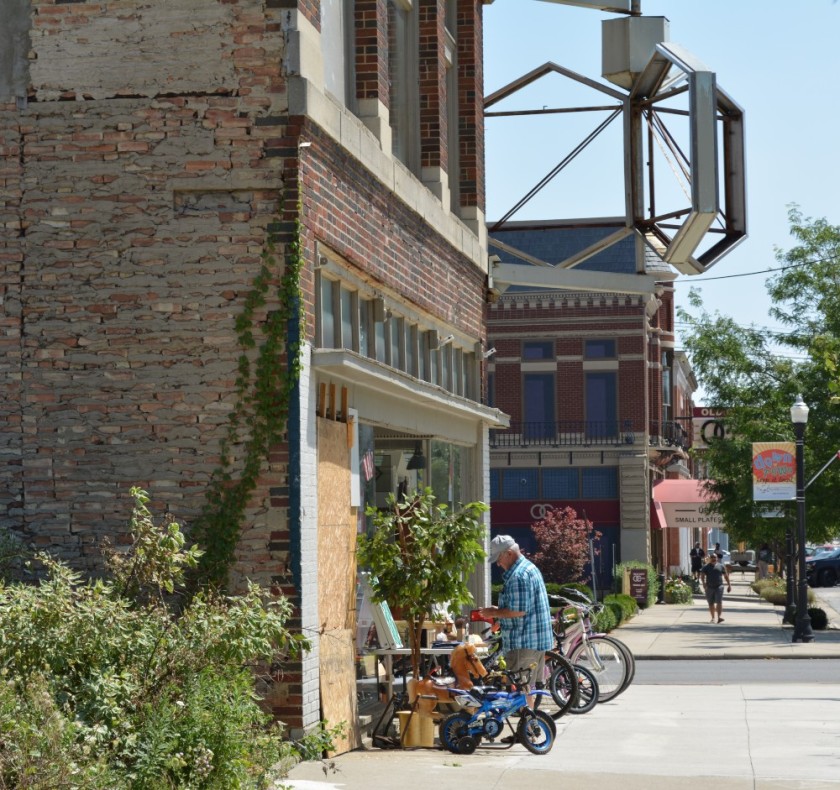 He loves “picking” for treasures at garage sales, flea markets, and the like. He found an antique micrometer in the store on Main Street. He bought it mostly as a homage to the early days of his career when he worked as a machinist at GM and later Textron. Once we were home, he discovered that the micrometer had actually belonged a man he knew while growing up in the 60’s and the 70’s. He wondered aloud if the man had passed away.

My husband has mentioned that one sure sign of getting older is the declining probability that people one used to know are still alive. By the time he turned 50, he learned to be cautious when asking about people he hadn’t seen lately. It’s strange for me to consider that I’ll be 50 in just a few years. As far as I know, almost everyone I once knew well is still alive, but this won’t always be true.

On the more youthful side of life, there was a chalk art competition downtown, and I posted a few photos of the chalk creations on my Spotted in Lima Facebook page.

I will close with more images from our walk. I was intrigued by the kegs of mystery in the first storefront. There’s a fairly new restaurant in the adjacent spaces, so it’s possible the empty kegs belong to it. If so, the establishment must be growing in popularity. 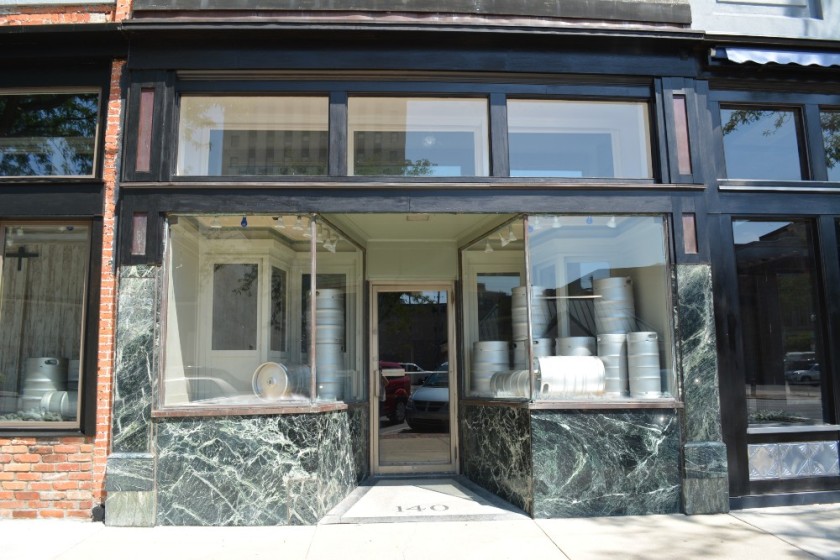 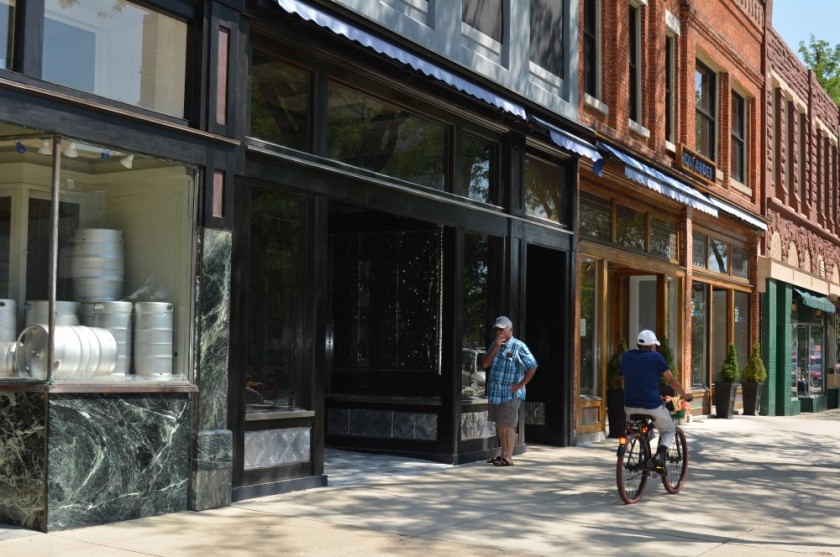 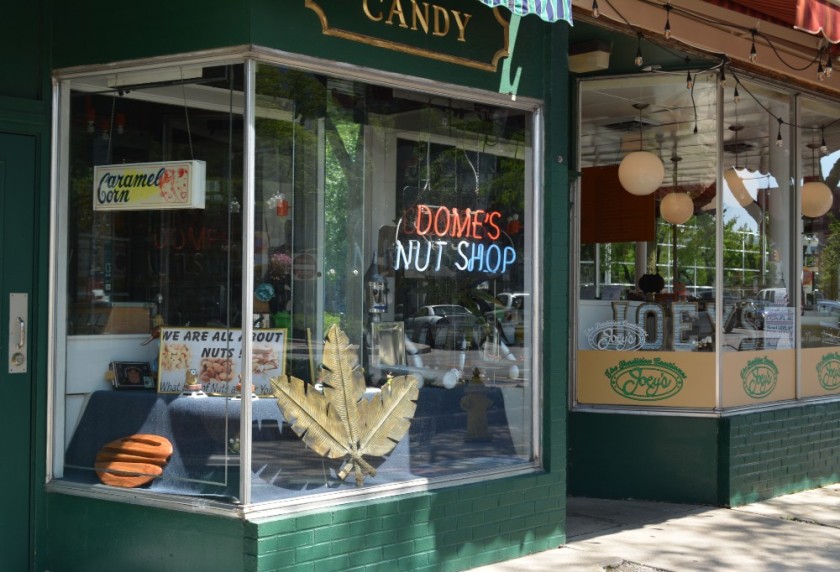 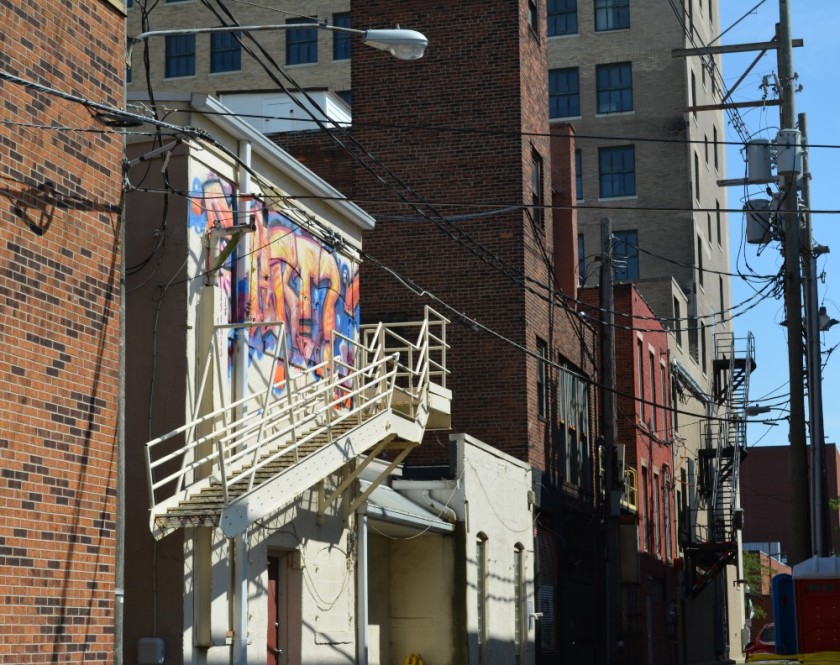 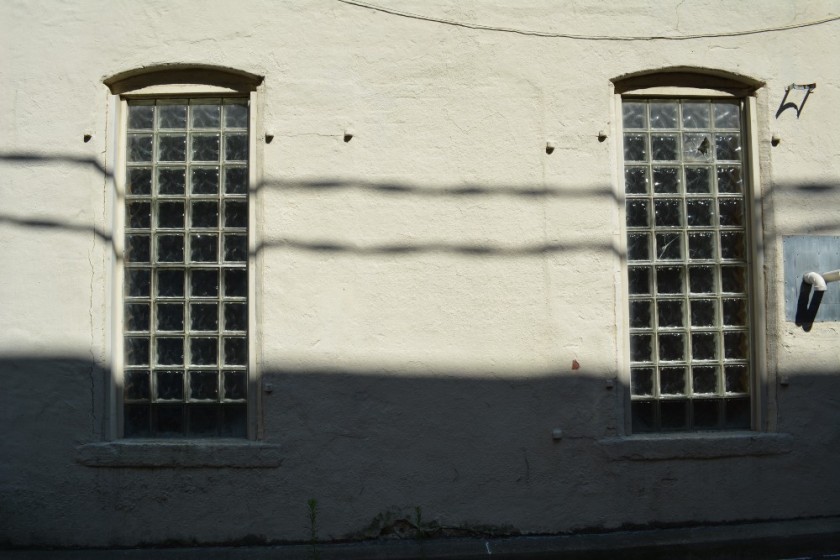 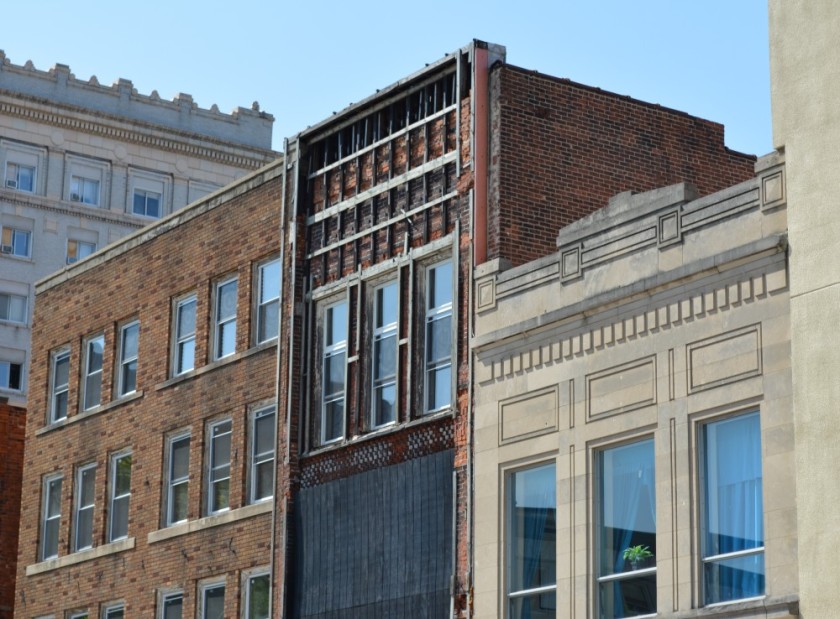 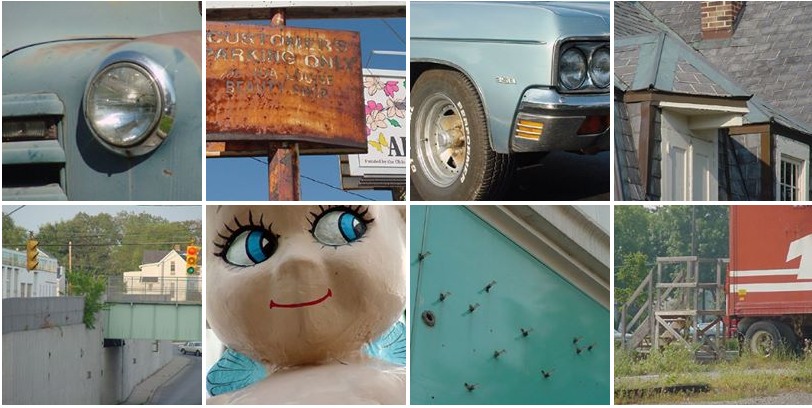 There comes a time when a blog gives birth to another one. Intensity Without Mastery is proud to announce the arrival of Spotted in Lima, who was born yesterday morning. The labor lasted 19 years and stalled many times. After years of worry that her pregnancy was a false one, the mother realized that her baby would refuse to be born without a name worthy of her.

In other words, I’ve wanted to create a photo-focused blog for a very long time. I’ve started and scrapped such a plan several times over the years. The problem was focus, and the name Spotted in Lima has given me one. That phrase occurred to me like a proverbial bolt from the blue a couple days ago, and I didn’t sift it away like so many other thoughts that appear and fade away like scattered showers.

Right now the blog platform is just a simple and easy one. I don’t know what the future holds for this new arrival, but the nursery is ready. 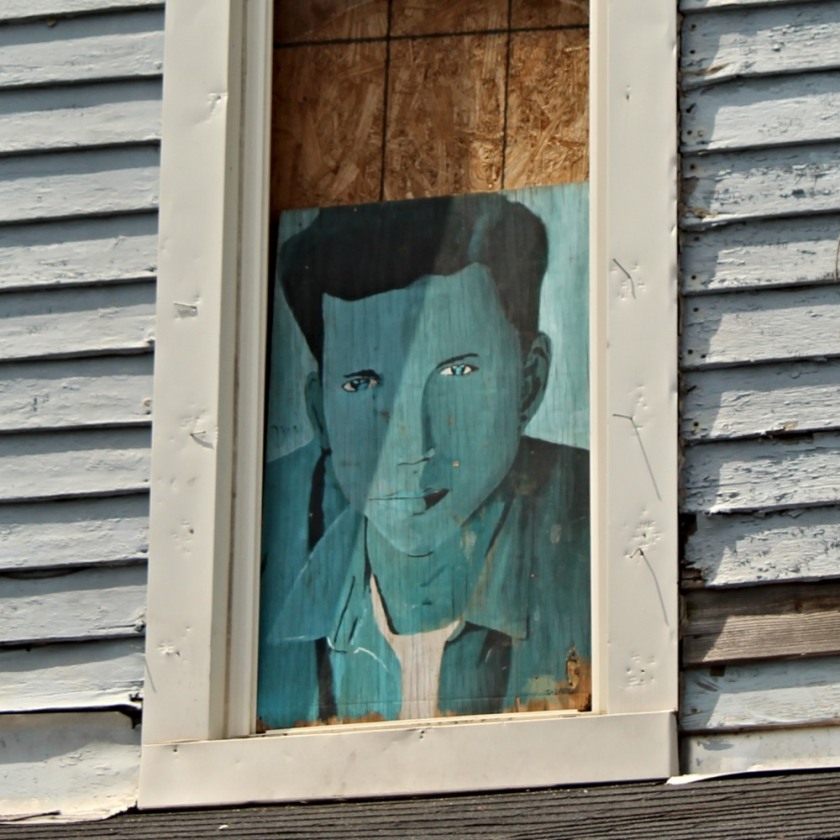 The image in the window looks like a painting to me. I hope that in calling it a painting that I’m not making myself look foolish. I’m so out of touch with mainstream traditional media like TV or magazines that I could well have missed that this painting was a brand image or part of an album cover that millions of people recognize. Then again, I think we are past the era when an image created by human hands would be published so extensively. If it can’t be reduced to vectors and easily scaled through digital illustration, it’s not used to sell anything in mass production.

It seems that posters have become passé, too. Back in the stone age of my youth, hanging a poster reproduction of a painting was a cool thing to do. I had a copy of Marc Chagall’s I and the Village on my bedroom wall when I was a teenager. I’ve yet to see a poster of a painting for sale when I’ve went mall shopping with my teenage daughter.

I spotted the painting in the photo above when I rode past an abandoned, boarded-up house over the weekend. I only had my kit lens (18-55 mm), so I couldn’t zoom in on the details. Did the last resident of this house leave it as a parting statement? Or has some refreshing trend arose of leaving paintings in unexpected settings?

Back in March, I wrote a post about an imminent downtown church demolition. Today I revisited this site and took some more pictures. I’m not sure why the rubble is still there. While I cannot confirm this rumor, I heard that the debris was meant to linger for a while to give people a chance to retrieve mementos from the site. The building was in such a precarious state when it was slated for demolition that no one could go inside to rescue anything valuable that remained in the building. According to a local news story, the building had not hosted a congregation since July of 2017.

At the demolition site today, there was a cryptic, hand-painted sign which read “Thank You” and listed a mobile telephone number. Thanks for what? I blurred out some of the digits of that phone number because it is likely someone’s personal number.

I’m tempted to call that number and discover the reason behind the sign, but I’m the shy sort who lets some things remain a mystery. Years ago, there was a local business whose marquee sign proclaimed, “I will never understand such hate.” I was very curious why a business would devote their prime advertising space to such a message, but I did not find out what incident inspired it. To this day, when I see news stories about hate, I think of that marquee sign. 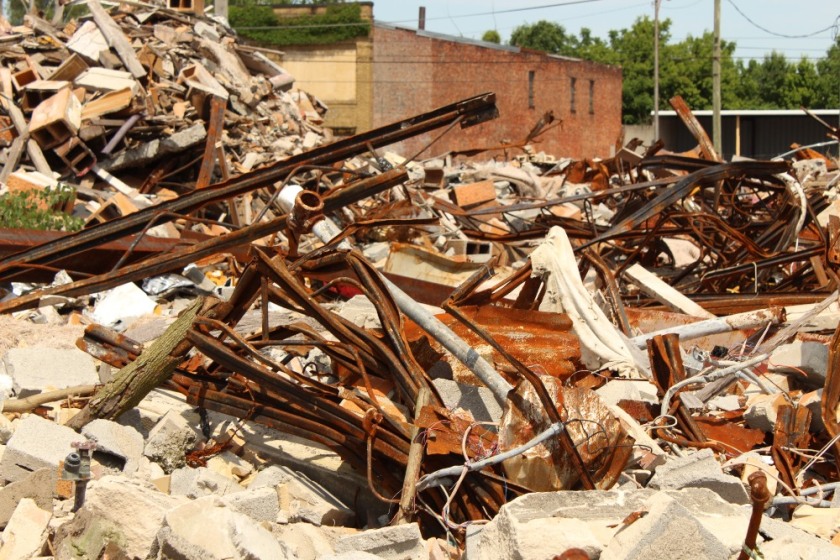 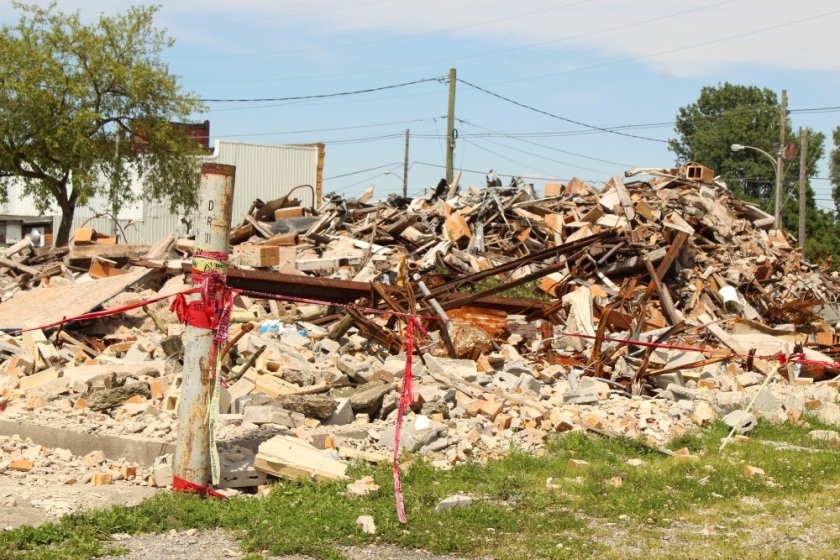 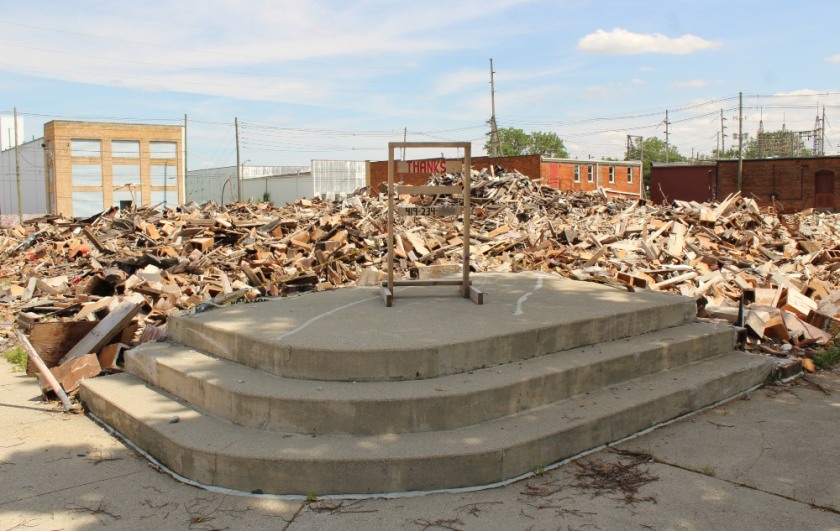 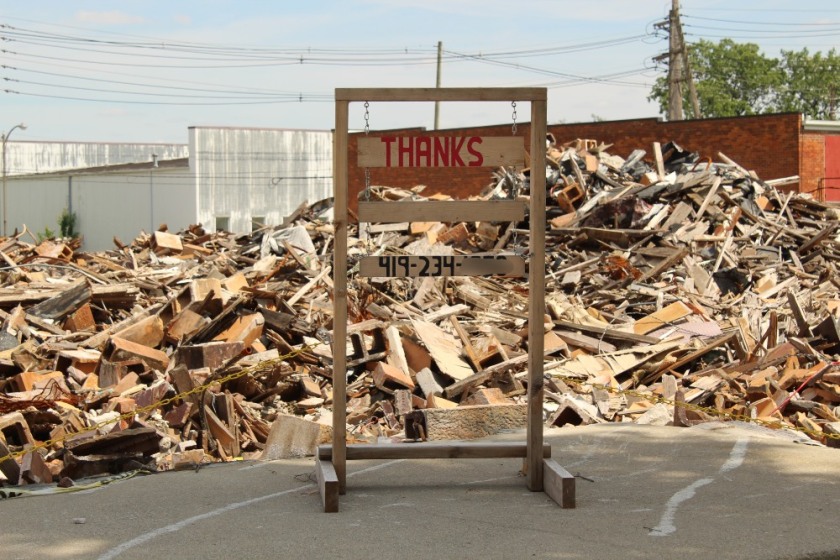 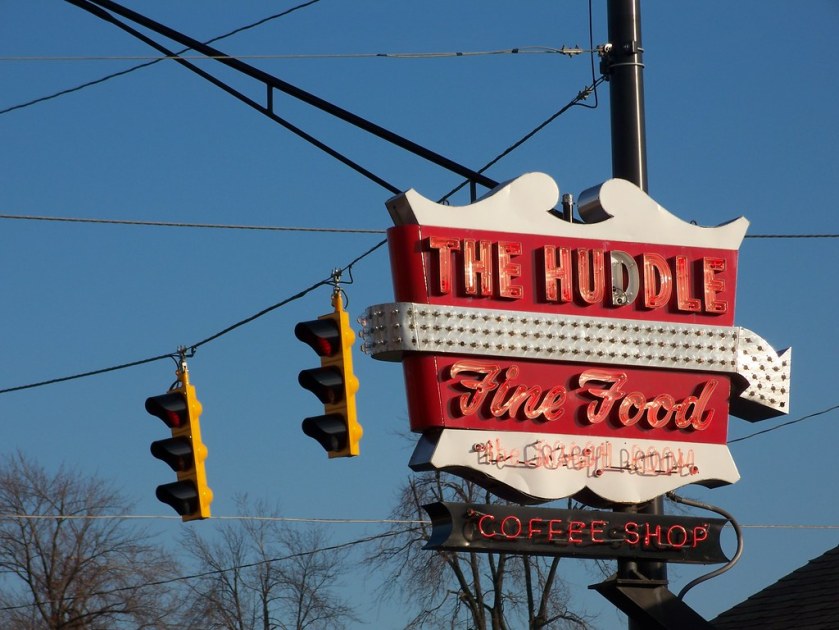 This sign belonged to a diner that I didn’t get around to visiting before it closed. It was wildly popular in its mid-20th century heyday. At its peak I imagine it was full of women with salon-set hair and bejeweled cat glasses and men who’d take off their fedora hats as they sat at the counter for a cup of a coffee and a slice of pie. 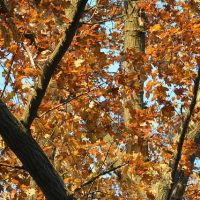 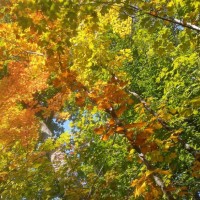 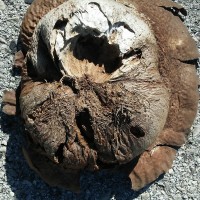 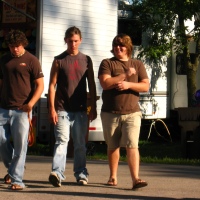 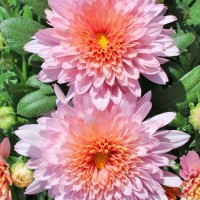 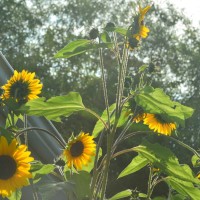 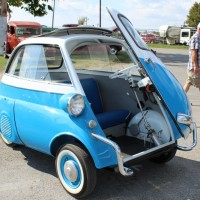 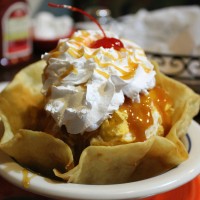 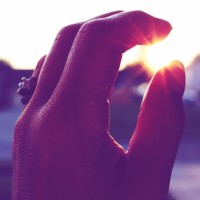